We took all the Norwich Terrier kids to Will Rogers Memorial Center in Fort Worth for a Dog Show. Only Gabby would be showing but all the kids love to go “camping”. Gabby, in her second show ever, took reserve on Saturday. I have to say she looked pretty darn cute. The ring was in a new building which was really nice, concrete floors instead of the dirt in the old one.
So what we do is load up the motorhome with the goodies such as grooming tools, food, both human and dog, clothes, crates and of course our car seats for the older Norwich Terrier kids. Those get seat belted into the couch and are tall enough they can see out the window while we travel. This is a lot like moving though some stuff, like the pens we have, stay on the motorhome in between trips. Its a major production and the terrier kids are either in the front yard or looking out the window watching the loading going on. Have some pictures of that below along with some others. Gabby is being shown by Judi in that picture.
Scotty is hanging out, having fun. He will be with us for a while yet, waiting to go to his forever home. They are really excited but have to finish traveling before they come meet us. Sassy is also with us but her new mom and dad came to the show with some other folks to meet her. That was really nice and they are looking forward to her moving in with them after they come back from traveling. And the Norwich Terriers in the window, well from the left that is Bailey, Suzie, Sassy and Penny. 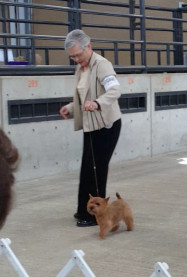 Gabby being shown by Judi Hartell. 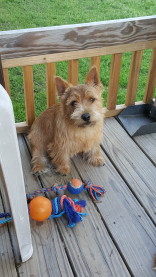 Scotty on the porch with toys 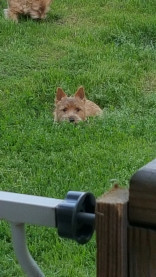 Scotty in the front yard. 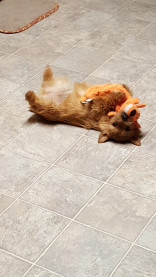 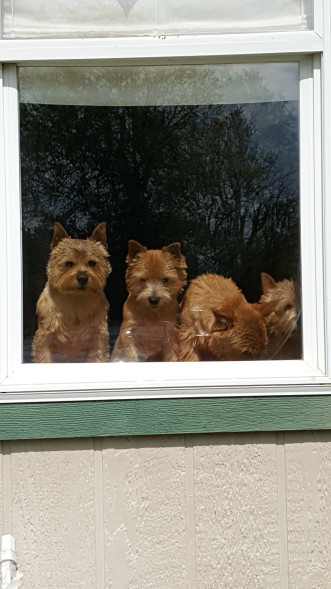 4 Norwich Terriers in the window. 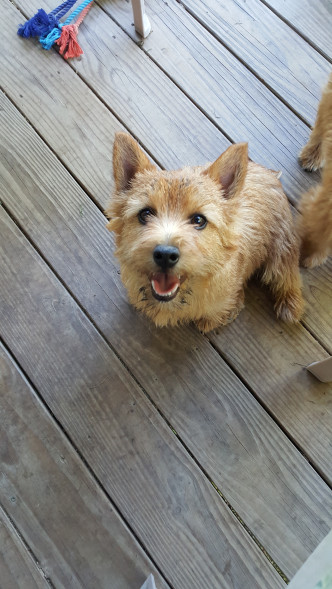 Sassy sitting on the porch.

Theme by Anders Noren — Up ↑